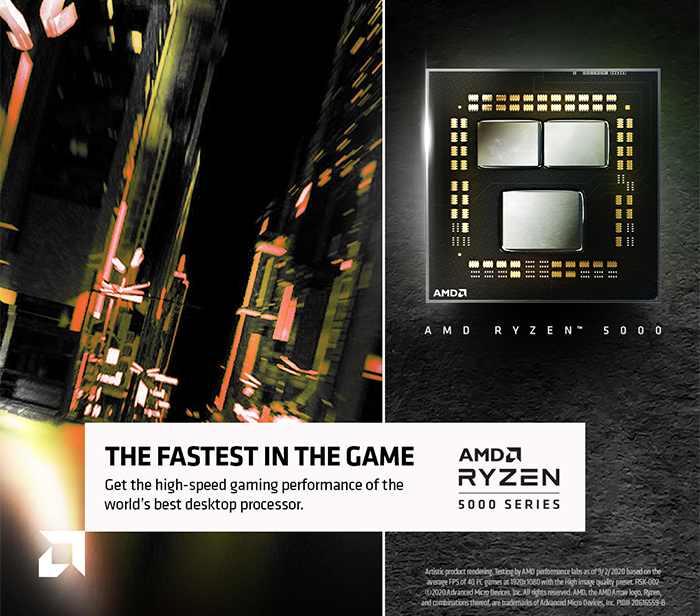 Be unstoppable with the unprecendented speed of the world's best desktop processors. AMD Ryzen 5000 processors deliver the ultimate in high performance, whether you're playing the latest games, designing the next skyscraper or crunching scientific data. With AMD Ryzen, you're always in the lead.

Win with the latest technologies

Configuring and customising your rig has never been easier. AMD Ryzen 5000 Series desktops can be dropped into 500 series motherboards with a simple BIOS update. They're also ready to be tweaked and turned using Ryzen Master. Want to jump in the game faster? Download AMD StoreMI to get HDD storage at SSD speeds.

© 2021 Ubisoft Entertainment. All Rights Reserved. Far Cry, Ubisoft, and the Ubisoft logo are registered or unregistered trademarks of Ubisoft Entertainment in the US and/or other countries. Based on Crytek’s original Far Cry directed by Cevat Yerli.
© 2020 Advanced Micro Devices, Inc. All rights reserved. AMD, the AMD Arrow logo, Ryzen, and combinations thereof are trademarks of Advanced Micro Devices, Inc.
PID# 20616559-F