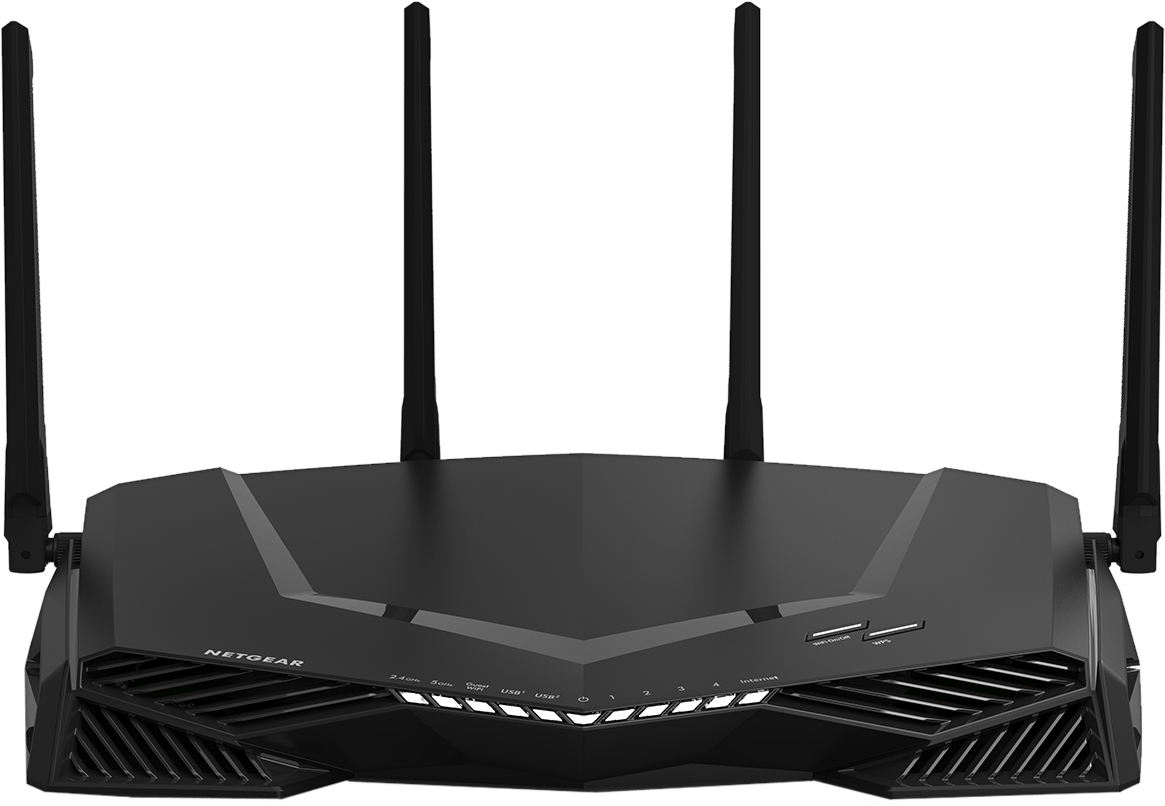 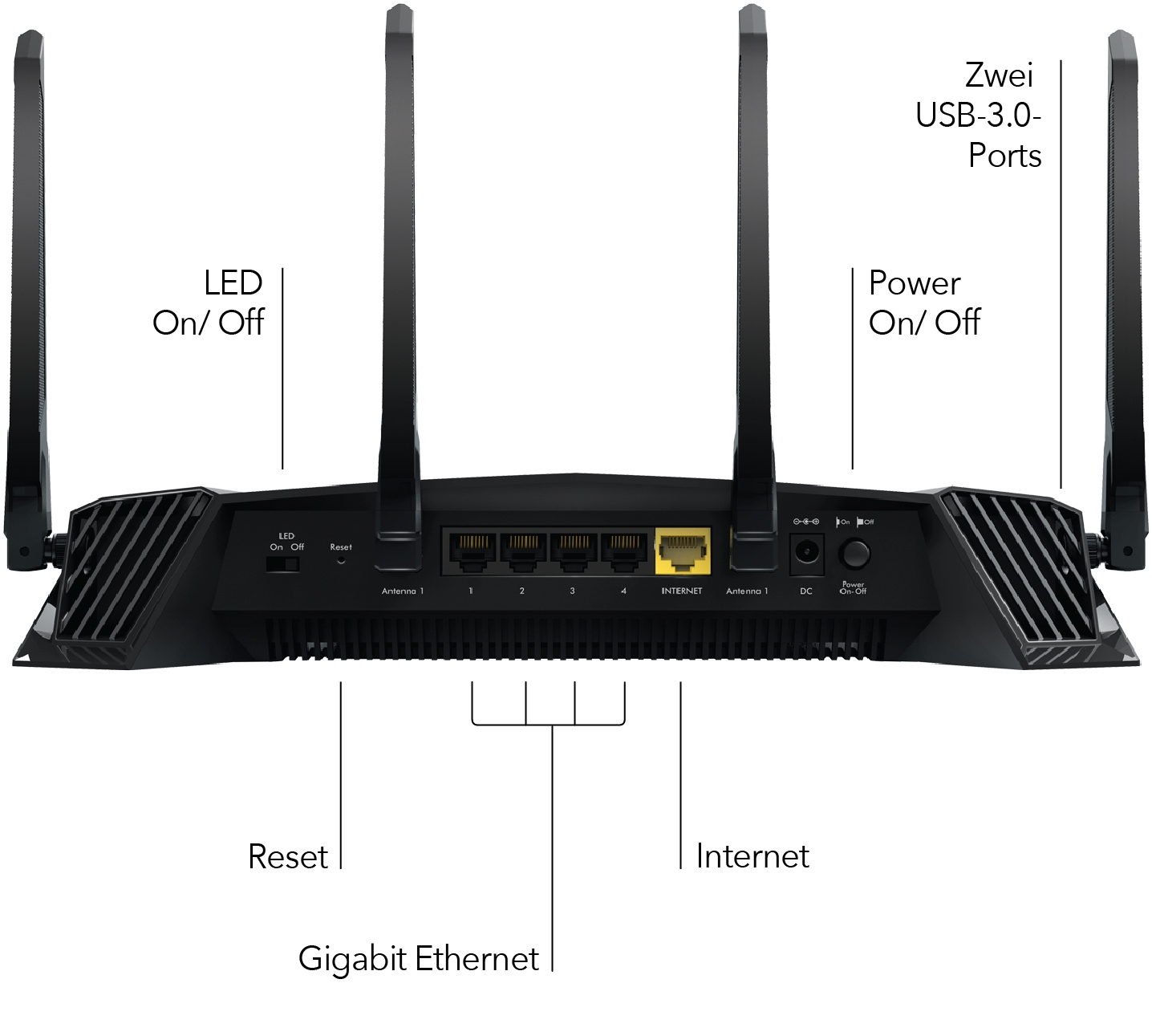 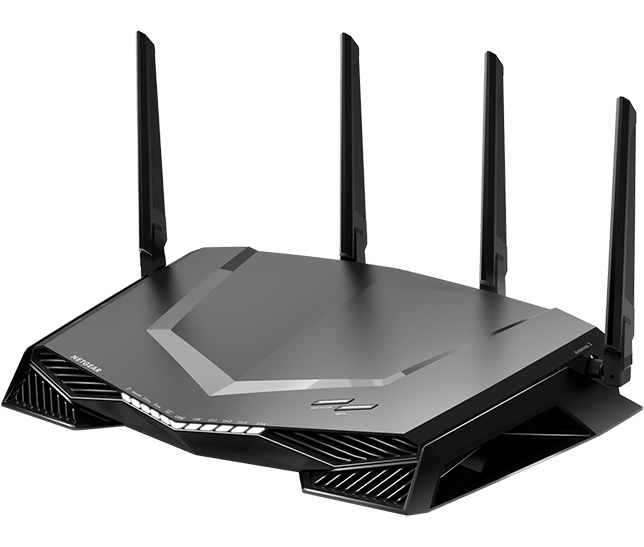 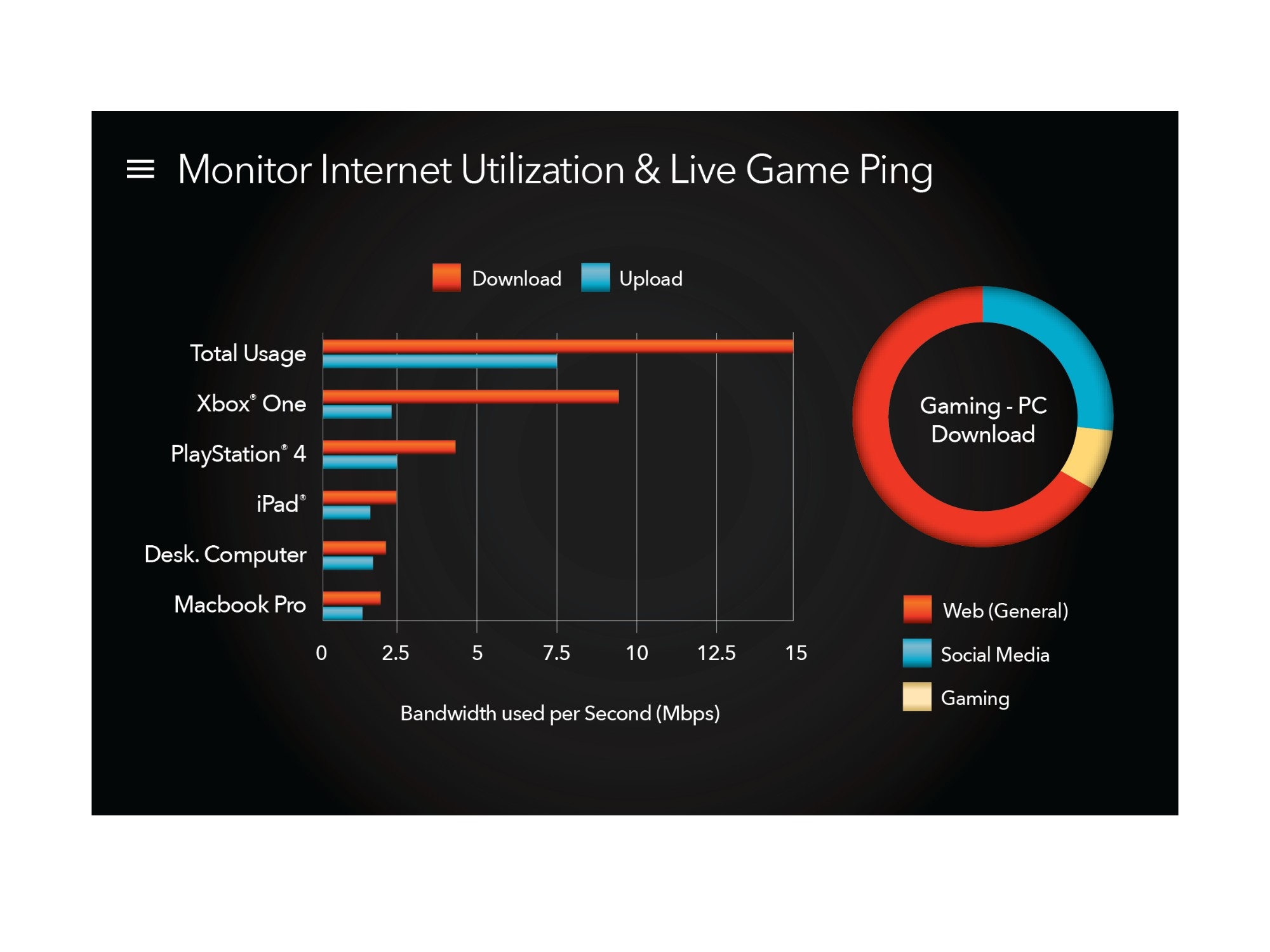 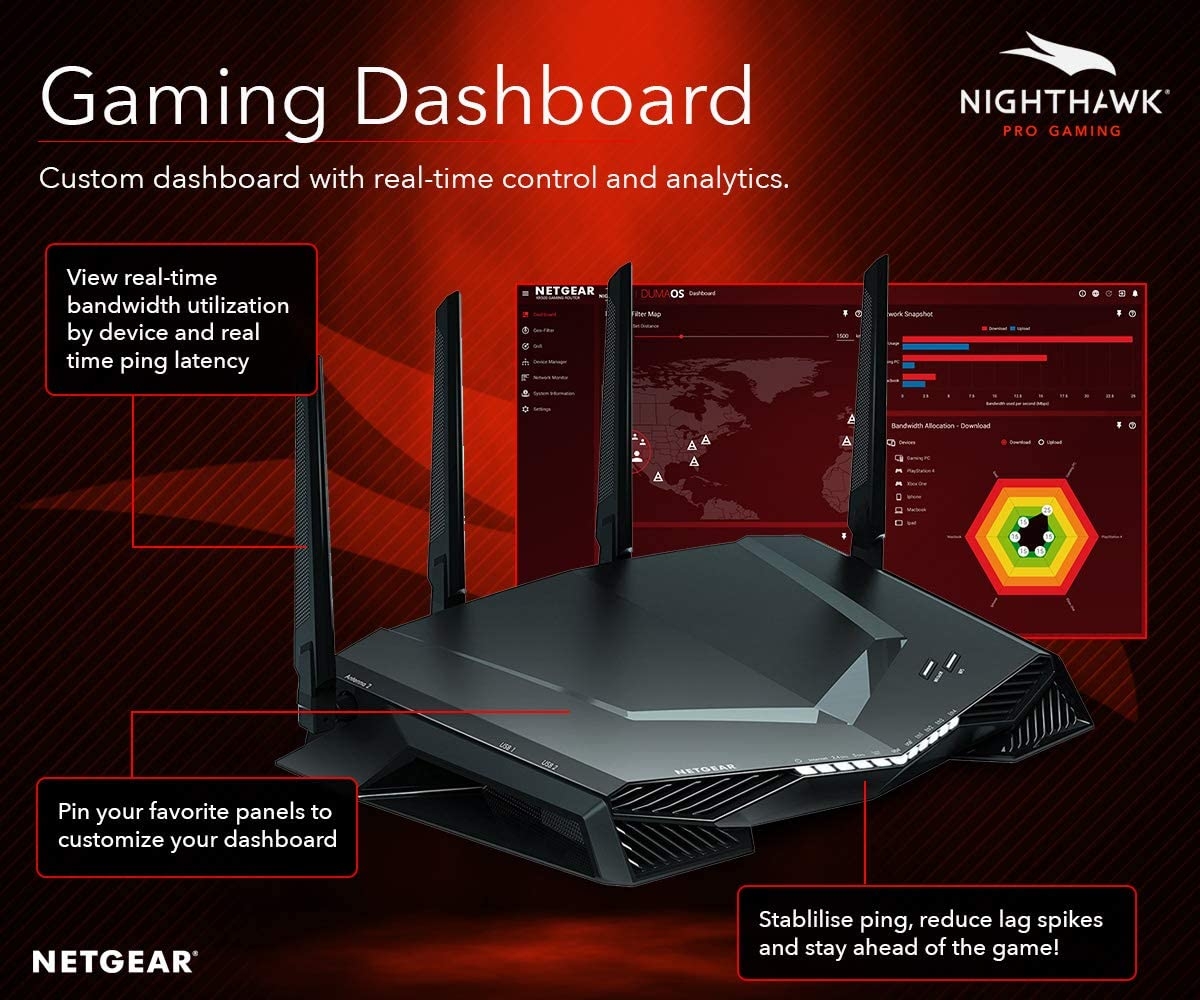 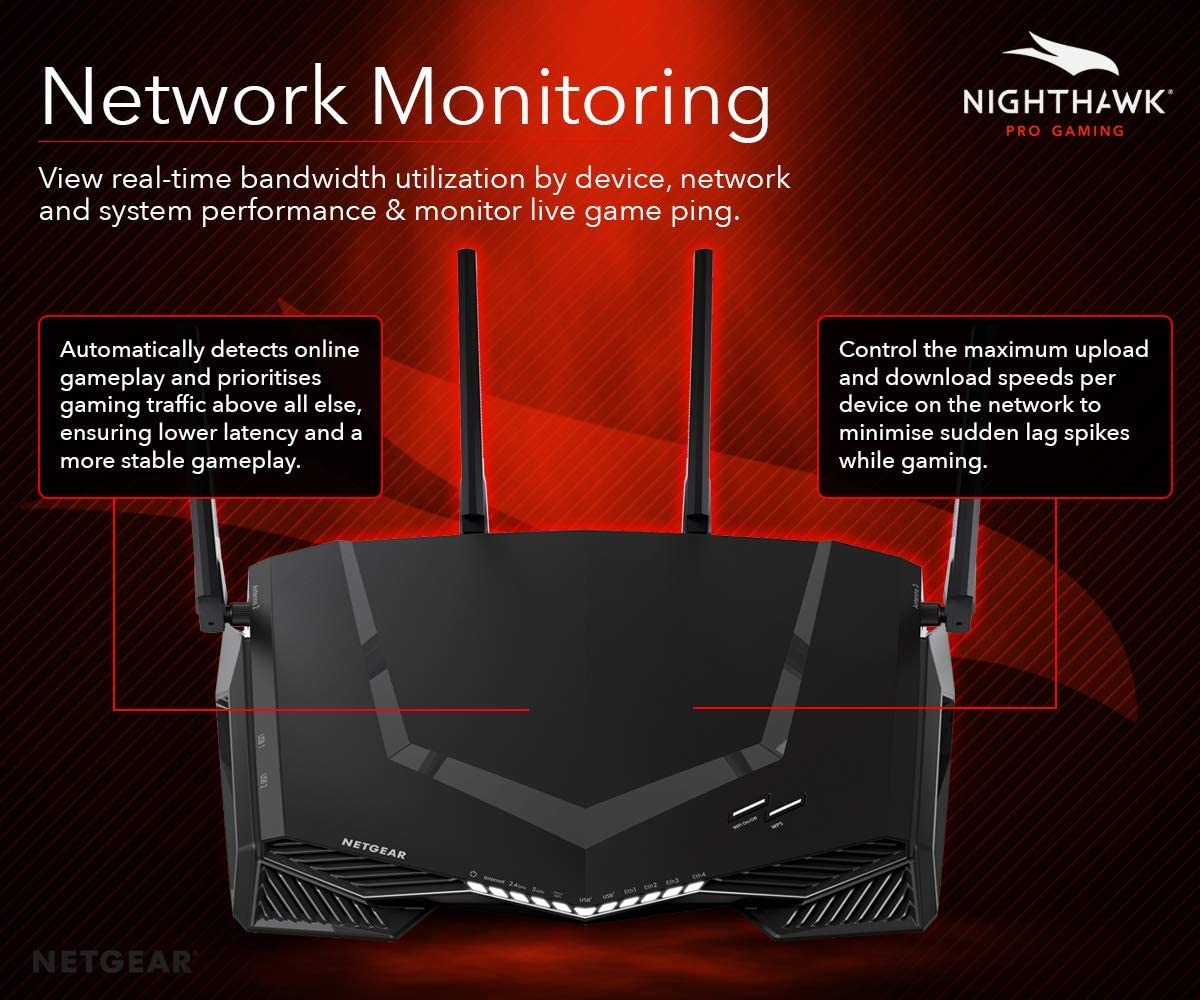 AC2600 WIFI ROUTER. Nighthawk Pro Gaming is designed for the ultimate gaming performance. The XR500 Router takes the best-in-class Nighthawk features with cutting edge software, giving you the power to win. Compete in FPS games and make sure that your Twitch stream has the highest quality with stability. Optimize game performance and kill lag before network issues arise.

Note: Lights now showing on the front could be that the light switch on the back of the router has been turned off or from the GUI.

The XR500 Nighthawk Pro Gaming Wi-Fi Router uses state-of-the-art software to optimise your internet connection by stabilising ping, reducing lag spikes and keeping you in the game with reliable wired and wireless connectivity for fast-paced gaming.

Personalise your gaming dashboard to view real-time bandwidth utilisation by device, ping and many other parameters on a single screen.

Geo-Filter lets you ﬁx your gaming lag by limiting distance to servers or other players. You can get a assured local connection and blacklist laggy opponents and whitelist your friends.

Prioritise gaming devices and allocate bandwidth by device to eliminate lag. Easily control the maximum upload and download speeds per device on the network to minimise sudden lag spikes while gaming.

Up to 2.6Gbps wireless speeds

The Dual-core 1.7GHz Processor keeps the speed consistent and reliable for your connected devices. Supports many devices for better VR gaming, 4K streaming, surfing and more.

Maintain high security across your network to ensure your privacy and family is safe while online. VPN, WPA/WPA2 and the Gaming VPN client support protects your network identity and prevents DDoS attacks.