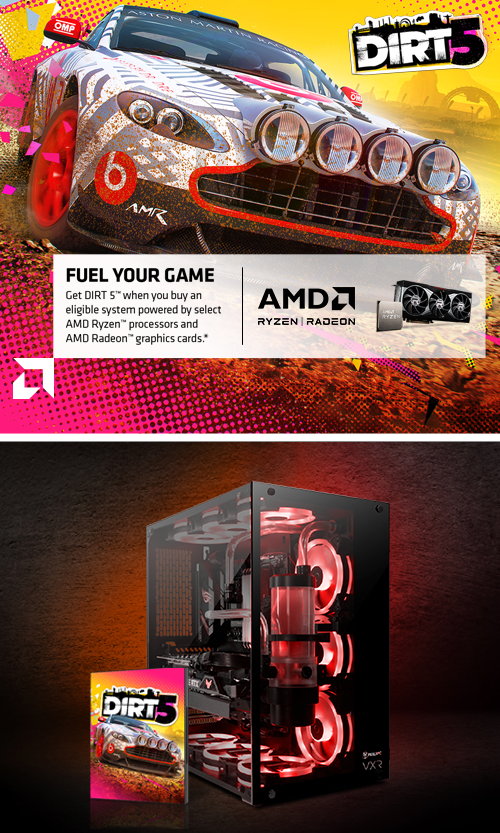 Have your purchased a system that qualifies for this promotion?

Please contact our customer care team with your order number to claim your game code.

Experience all AMD performance. AMD Ryzen™ processors and Radeon™ graphics are built to game. Combined they deliver the ultimate desktop platform for any gamer, across any setting and any resolution. Go ahead, crank up your settings and game on!

Let loose in DIRT 5™ Launch PC Edition with a system powered by select AMD Ryzen™ processors and AMD Radeon™ graphics cards. Hit the dirt track and battle your friends to take the lead in the next generation of extreme racing. 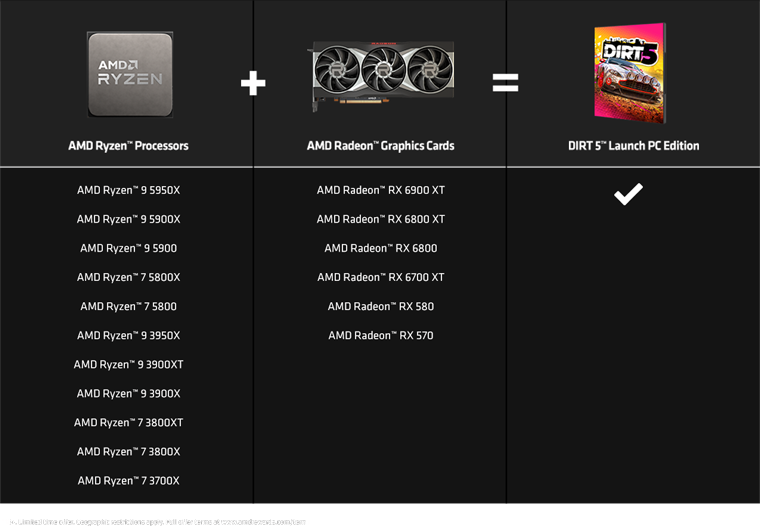 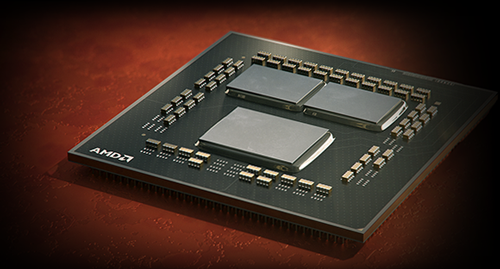 THE FASTEST IN THE GAME1

AMD Ryzen™ 5000 Series desktop processors are the fastest in single-thread performance for PC gamers.2 Speed into the lead with game-changing performance delivering up to 16 cores, 32 threads, boost clocks of up to 4.9GHz3, and up to 72MB of cache on select processors. Crank up your settings, play at higher resolutions, and stream without a glitch.

PERFORMANCE TO RULE YOUR GAME

Go beyond 4GB of memory with AMD Radeon™ RX 580 and RX 570 graphics cards and get increased performance at higher settings for incredibly smooth gameplay.6 These graphics cards are equipped with the graphics card memory and efficiency needed to power the next generation of games.

Take control of your gameplay with incredible features found in AMD Radeon™ Software. 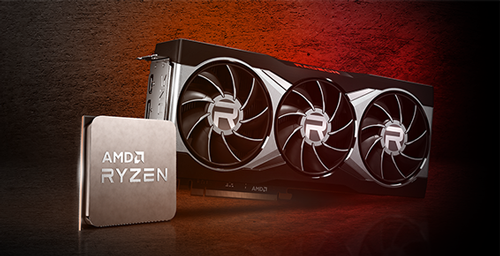 ALL AMD PERFORMANCE. BUILT TO GAME.

*Limited time offer available through participating retailers only. Geographic restrictions apply. 18+ only. Following purchase, product must be installed on system where coupon code will be redeemed. Void where prohibited. Residency and additional limitations apply. Full offer terms at www.amdrewards.com/terms.
DIRT 5 Launch PC Edition is rated ESRB E for “Everyone” and PEGI 12. May contain content inappropriate for children. Please consult with ESRB.org, PEGI.info, or your regional game ratings organization.
© 2021 The Codemasters Software Company Limited ("Codemasters"). All rights reserved. "Codemasters"®, the Codemasters logo and “DiRT”® are registered trademarks owned by Codemasters. “DIRT 5”™ and “RaceNet”™ are trademarks of Codemasters. All rights reserved. All other copyrights or trademarks are the property of their respective owners and are being used under license. Developed and published by Codemasters.
© 2021 Advanced Micro Devices, Inc. All rights reserved. AMD, the AMD Arrow logo, Ryzen, Radeon, RDNA and combinations thereof are trademarks of Advanced Micro Devices, Inc. DirectX is either a registered trademark or trademark of Microsoft Corporation in the US and/or other countries. Other product names used in this publication are for identification purposes only and may be trademarks of their respective companies. PID# 21738602-F